AVAILABLE NOW AT YOUR FAVORITE BOOKSELLER

THE WARRIOR AND THE PETULANT PRINCESS 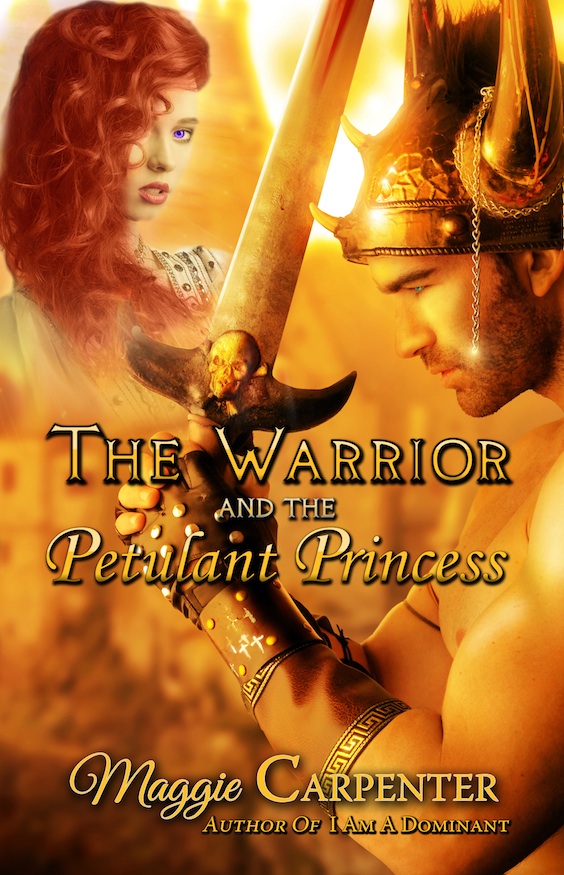 “The days that you issue commands are over,” he admonished. “I shall spank you as you deserve, and if you dare to bark at me again I will keep my promise and remove this thin undergarment.”

Once upon a time, in a lustrous kingdom named Verdana, lived a strong-willed, petulant Princess named Lizbett, the only child of the kingdom’s sovereign monarch, King Handerah. Though the King had attempted to discipline his difficult daughter it proved impossible; her appealing violet eyes would melt his heart, and she’d continue with her willful ways.

As a young woman she had fallen madly in crush with a mysterious young man who was working in the castle stables for the summer. His name was Larian; his hair fell in long shimmering ringlets, and his clear aqua eyes sparkled into hers.

“You are so spoiled,” he’d whispered. “I must leave here soon, but when I am grown I will be back, and then I will teach you many things.”

He kept his promise, but when he returned she was shocked to learn he was from Zanderone, a kingdom of mighty warriors. He had won the title of Warrior Of The First Order, and it soon became clear he was more than man enough to deal with her rash, reckless, and selfish behavior.