Thrilled to share a snippet from my latest release, a follow-up (though stand-alone) book to the best-selling, 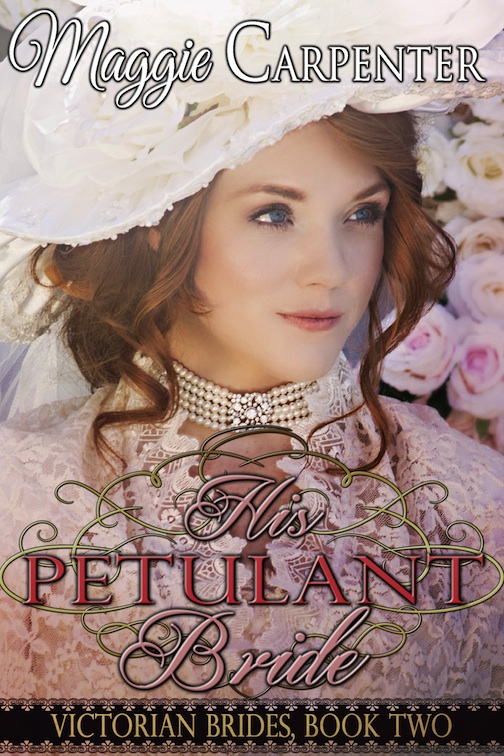 Indulged since childhood by a doting father and a modern-minded mother, twenty-year-old Miranda Witherspoon is accustomed to neither discipline nor disappointment, yet despite her life of privilege her greatest desire continues to elude her. She is determined to marry a man with a title, but so far no such man has taken a lasting interest in her.

When Miranda is invited to the grand country home of Lord Edward Pemberly III for a weekend, she accepts the invitation in spite of the grudge she holds against Edward’s wife, Charlotte, and it is there that she is introduced to Lord Walter Danby. From his newfangled motor car to his confident, witty charm, the tall, dashing lord is unlike any man Miranda has ever met, and though their first encounter is tempestuous, she quickly finds herself utterly captivated by him.

In spite of—or perhaps because of—her sharp tongue and fiery temper, Walter is instantly drawn to Miranda. Her obvious need of taming only increases his interest, and upon learning of Miranda’s past ill-treatment of his beloved cousin Charlotte, Walter takes it upon himself to chastise her properly. After a painful, humiliating bare-bottom spanking, Miranda is left with blushing cheeks, a burning backside, and an intense desire for Walter that has nothing to do with his title.

Charlotte is furious that Walter and Miranda are spending time together, but Edward warns her not to interfere, assuring her that he will handle the situation. When he catches her snooping in Miranda’s guest room, Charlotte faces a severe punishment, but will a well-spanked bottom be enough to convince her to let go of the past and share in her cousin’s happiness, or will her meddling bring things to a tumultuous head?

With the weight of his legs over hers, and his tight grip holding her in place over his lap, try as she might, Miranda’s strenuous efforts to escape were futile. Her bottom was on fire, his hand was raining its painful punishment with abandon, and with her arms flailing, she let out a despondent yowl.

“My lord, I am stinging and burning,” she wailed, “please, my lord, please. I am so sorry. I shall apologize to Charlotte, and I will never do anything like that ever again, I swear.”

“An apology! Finally!” he exclaimed, pausing his hand. “I think a few more where you sit and then we’ll be done.”

Swishing his flattened palm upwards, he caught the base of her cheeks several times in quick succession. Her cry was shrill but he’d expected it, and he continued unaffected until he was satisfied she had been well and truly punished.

“There! We’re done!” he said sternly. “I hope you meant what you said.”

Thank you for swinging by. Comments are always welcome. Below is a list of the other contributors to this week’s hop. I hope you’ll find time to stop in and check them out.