Is this famous, painfully honest, debonair (some would say) bachelor a Dominant?  He certainly has that wicked twinkle in his eye, a cheeky grin, and sports a look that says, “I know something you don’t!”

Didn’t you sometimes get the feeling he wanted to take a few of those pretty, sassy contestants over his knee?

Love him or hate him, Simon Cowell is a unique individual, and over the last few weeks has offered me much food for thought. 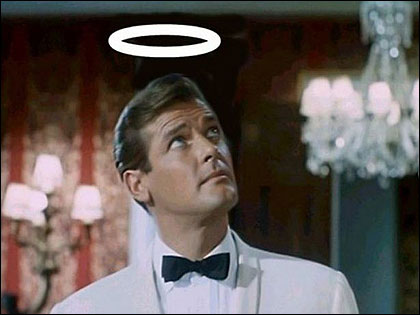 If you’ve been following my blog you know how I feel about the luscious Simon Templar.  If you missed my post about this delicious Dominant, you can find it here:

His smooth, unruffled confidence; his sardonic smile; his ability to patiently listen, then appropriately scold a mischievous, manipulative young lady; his charm, and of course his good looks!  All of these coveted qualities make Mr. Templar a Dream Dominant, and certainly influenced me when creating… 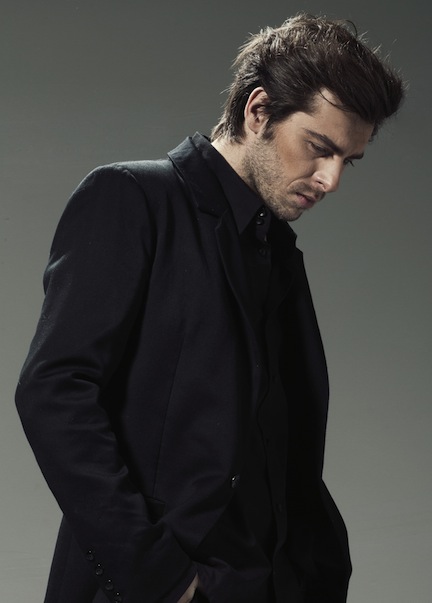 Allow me to introduce the salaciously sexy, decidedly decadent, sensuously spanking Dominant, Simon Sinclair, the hero in my new book,

Simon Cowell and Simon Templar, one real, the other fictitious.  They both floated into my imagination when writing this novel.

My passionate but sometimes aloof, Simon Sinclair, is British with a capital ‘B’, and (duh) wealthy, and (duh) handsome, but he is also a Dominant with a penchant for living alone.  A rolling stone whose life refuses him the love and solace of an adoring submissive.  Really?  Is it the demands of his life, or is Simon a lonely, tortured soul, afraid of the intimacy and risk a true romance carries?

He is addicted to his dark, decadent desires, and aches to lavish his special brand of attention upon a willing, sweet submissive.  There are certainly celebrated women of means and substance who enjoy sharing his bed, so why is Simon alone?  Why has he not laid claim to a woman he can call his own?

Simon Cowell is still unmarried, Simon Templar never did walk down the aisle.

Simon Sinclair has his demons, as we all do, and fears and insecurities haunt those whose lives appear perfect.  Perhaps it boils down to something Simon Sinclair’s best friend says to him, when Simon is confronted with feelings with which he is unfamiliar.  Feelings that have marched, uninvited into his heart, and made him consider the life choices he has made.

“Every man’s a playboy until he meets the right woman.”

Tomorrow I’ll post a juicy excerpt.  I hope you’ll stop back for a quick read.