I wrote this back in 2012, but the outstanding blogger and author, Trent Evans, with his recent post about the titillating torment of anticipation, inspired me to search it out and re-post.  Thank you, Trent. 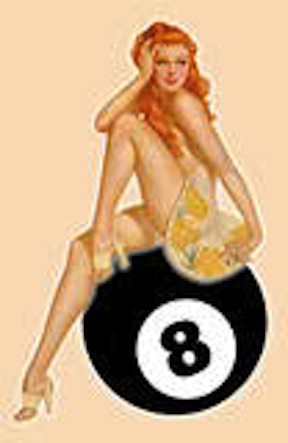 Used wisely, Anticipation is one of the most powerful tools in the Dominant’s arsenal.

It’s late afternoon and she is busy working.  People are bustling about, the wheels of industry are turning. There are emails to read and respond to, people she has yet to call.  The phone rings, and for the umpteenth time that day she answers.

“There’s a package waiting on the bed,” he promises.

His voice carries the all too familiar edge; the edge that stops her breathing, sending a hot chill down her spine that lands directly between her legs.  Pulse quickening she glances anxiously around her workplace.  Can anyone sense that her pretty pink panties have suddenly fallen damp?

“Yes, Sir,” she squeaks, praying she doesn’t have to raise her voice to be heard.

“Be home before five.”

The box could contain any number of things.  Lingerie, shackles, a paddle, or an envelope with instructions about what she must be wearing when he walks in the door; for the entire rest of the day there is no focus on her work.

She stares at the screen of her computer and sees nothing but a blur of colors.  The phone rings and she is on automatic pilot as she answers the call.  The only real thought, the only cynosure is 5 pm…and what happens after 5 pm.

Will she be sitting comfortably the next day, or squirming, secretly enjoying the reminder of his hot hand as it slapped her ass?  Will he tie her with the new shackles she imagines is waiting in the box on the bed, then tease her mercilessly until she is convinced she will burst if she is not granted release?

So it goes on, the hours before she leaves; what he might have in store, followed by musings about how she might please him.

Anticipation can turn the Dominant’s art into a Masterpiece, painting pictures that long will linger in his supplicant’s mind. 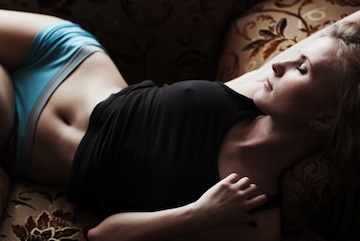