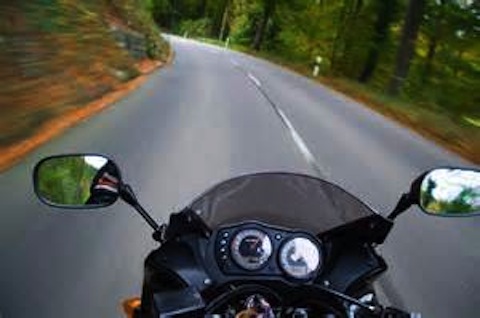 When Troy left to meet the apparently charming girl who had so shyly, then confidently, responded to his emails, his expectations were in the ‘whatever’ realm.  Though this wasn’t his first foray into the meet and greet scenario it had been a while, and in the past they had almost always ended in disappointment.

The woman in question rarely lived up to the photographs, or he left convinced she had hired a professional writer to craft her emails, but Troy lived life as an optimist, so he jumped on his motorcycle and headed off, taking the long route over the winding canyon roads. Zipping around the corners there was no thought, just the feel of the powerful bike between his legs and the thrill of the ride, but as he slowed for the traffic light at the bottom of the hill, his mind flashed back to the photograph she’d sent him; it was different.

Rather than a glamorous headshot, or a series of photos taken at various times in various places, some calling into question whether it was the same woman reflected in each, it was a single snapshot of a pretty girl with shoulder-length brown hair and a bright smile seated on a blanket on the sand.  Wearing a white T-shirt and red shirts, her windswept hair appeared to have been kissed by the sun; the blonde streaks were haphazard, not artfully applied. She looked spontaneous, fun, completely natural, and she had great legs.

It had been many months since Troy had enjoyed the delectable sight of a woman over his lap, at least, a woman who was sincerely happy to be getting her naked backside slapped.  Sometimes the craving became so intense he felt like a spanking vampire, and though they had tried to please him, his vanilla girlfriends were not convincing.

Finally succumbing, it was with great reluctance he’d perused the, Find Your Spanking Friend website, and after closing out the window several times he gave in to his need, paid the $25 for three months, and created his profile.  The process was painful, but the vampire was thirsty, and so he suffered through it.

Felicity was the only woman he’d contacted, and it was the brevity of her profile that captured his interest; it was almost as barren as his. Under, Occupation, she’d written, Yes.  He’d laughed, because he’d written exactly the same thing.  He’d learned not to spill the beans about his work too soon; people either thought he was nuts, or wanted to hang out with him just because of it. The very last question of the profile asked, What are you looking for?  She’d written, More than friends, which he’d thought was refreshingly honest, and put his, What do you think? to shame, so much so that he’d immediately changed it to, I’m open.

He didn’t know the cafe she’d suggested, but as he saw the quaint bakery sign and the paned windows he was glad he’d come.  He was tired of the sameness of the famous coffee houses, and just the thought of sitting in a place that was personal, and probably had a local following he found immensely appealing.

Jeez, if nothing else maybe I’ve found a new hangout, and I’ll bet they make great cappuccino.

Rolling his bike into the parking lot he found it happily empty and was able to park right in front. It was when he was pulling off his helmet that he thought he glimpsed her at the window, and running his hands through his mass of loose curls he grimaced.

Damn I must look a sight. Why have I been cursed with this wretched mop of hair?

Unzipping the top of the jacket that had seen more rejections and seductions than he could remember, he ambled across the small lane and turned the corner to the door, but as he wrapped his fingers around the handle he suddenly realized he’d fallen out of ‘whatever’ mode.

Okay, weird, but okay. Stop a minute…when you go in don’t just charge over there, it might not even be her.  Stop and look around, make sure. You don’t need to make a total fool of yourself right off the bat!

Psyched up he pushed through the door and purposely looked around before turning to face her. He knew the moment their eyes touched. He started towards her, the ‘whatever’ replaced by a quickening of his pulse. She looked like her picture, exactly like her picture, and when she broke into a toothpaste commercial smile he found himself wondering how it would feel to kiss her.

She paused a moment, then nodded her head.