Welcome, and thanks for stopping by. This is the debut of,

Once a week I’ll be hosting a fellow author. They might share a work in progress, a reminder of an oldie but a goodie, or a brand new release like this. 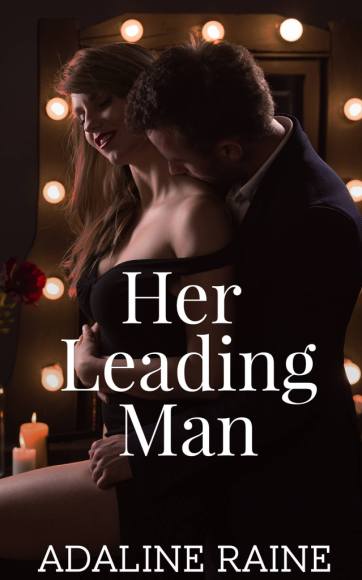 Of course she never expected to wind up as the whipping girl. The main actress balked at the idea of a hand coming anywhere near her perfect round behind, and after some deliberations Gretchen offers up her derriere for showbiz . She never dreamed her bottom would be on display for everyone to see, but the bigger problem is the sudden attention from the male lead actor.

Tristan Callahan knew exactly what he was signing up for when he accepted the contract for a one year term, tentative for a second season at best. The subject matter appealed to him for a variety of reasons, ones he kept to himself. Until Gretchen throws a temper tantrum like a true diva. He takes her in hand, right in her own trailer, proving that he’s been doing very little acting so far.

They embark into a secret D/s relationship.

Gretchen also fell into an odd role when the lead actress balked at the idea of Tristan enacting fake discipline on the show. She offered up her own hide in true ‘whipping girl fashion’, begrudgingly, for Tristan to punish.

Begrudgingly? No, she loved his hands on her as he lectured and spanked. If only he did it off set too. After her little antic of splashing water in his face she would be lucky if he ever spoke to her again.

Gretchen found a black pair of yoga pants and a v-neck purple tee. She shimmied into them, then located her slippers and got into them as well. She curled up on the couch, when the door banged open.

“What the hell!?” she yelled as she jumped up to tell off whoever it was, but quickly shut her mouth when Tristan appeared on the top step.

Oh my God, what is he doing here?

He pulled the door shut behind him and focused completely on her. He didn’t look happy but at least his hair and clothing were dry. “Would you care to tell me what that was all about?”

Gretchen opened her mouth but closed it again unable to form the right words. She opened it again, but nothing could explain her actions.

Tristan always seemed so laid back, not even the tons of comments and stares from crew members flustered him. But now as he stood in her trailer with a scowl on his perfect face, she wondered about his reaction.

“I don’t kn…know,” she stammered. “I just had a bad day or something.”

“I know a temper tantrum when I see one. Give me more credit.”

She did give him a lot of credit. Gretchen wanted, no, needed him to complete the spanking he started before. But, how the hell could she approach him? He was just an actor, after all, playing the part.

“So, what? You’re not talking now? You sure had a lot to say before.” He took several quick steps to her, and to her immense surprise, grasped her chin. He tilted it upwards, similar to a scene acted out with Blondie, the lead actress, a few weeks ago. “Do you know what I do to women who stomp their feet to get a reaction?”

Adaline Raine is an avid reader of spanking romance and is known for reviewing every book she touches!   Her favorite genre to read and write is paranormal. What’s sexier than a dominant shifter or vampire? She has also dipped her toes into AP, and contemporary stories.

Adaline has also become known for her love of creating graphics for others. She has designed custom banners and buttons for various blog hops throughout the community including “Spank or Treat 2013″;”Winter Spanks 2014”; “Summer Spanks 2014”.

Her exclusive feature, Addy’s Couch takes guests books covers and fashions them into a one-of a kind piece for fun or promotional purposes. Contact Adaline at brattyadaline@gmail.com if you would like her to create something for you!

Adaline runs an active blog on blog spot brattyadaline.blogspot.com as well as a Spanking Romance board on Pintrest. http://www.pinterest.com/adalineraine.